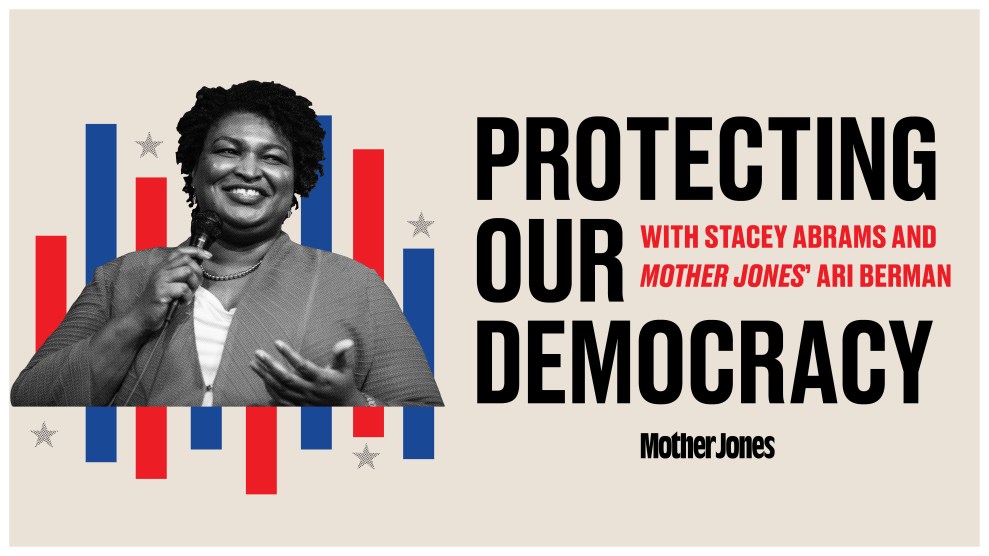 In exclusive interview with Mother Jones on Thursday afternoon, former Georgia gubernatorial candidate Stacey Abrams was clear about how she sees the shooting of Ahmaud Arbery, an unarmed 25-year-old Black man: It’s “murder,” she said.

“What we saw happen in that video, what I read about in those stories, is a violation of every notion of decency and justice. It was murder,” Abrams explained.

.@staceyabrams responds to the killing of Ahmaud Arbery: “It was murder.”

Ten weeks ago, Arbery was jogging in a neighborhood in Georgia before he was chased and shot by two armed white men. The two men still haven’t been arrested. pic.twitter.com/UJHCsBd36k

While the killing happened back in February, a Georgia prosecutor recommend a grand jury consider charges only earlier this week, after a video of the incident was made public. “That murder should be held to account and the murderer should as well,” said Abrams. “The way we get the justice we deserve is by electing people who believe we deserve that justice.”

Abrams’ forceful response to Arbery’s slaying was a small slice of a wide-ranging interview with Mother Jones senior reporter Ari Berman. Abrams, who launched voting rights initiative Fair Fight after her 2018 loss to now-Gov. Brian Kemp, also covered the census, Kemp’s response to COVID-19, and the dangerous attempt to suppress voters during the Wisconsin primary in April. Abrams held fast to her stance that there’s no reason for elections in November to be disrupted by the pandemic. “We were able to vote during the Civil War, we were able to vote during the Spanish flu of 1918, there is no excuse for not holding our elections in 2020,” said Abrams.

For the full conversation with Abrams, watch the video below:

Stop The Steal Organizer With…

Biden Administration Says It Will…