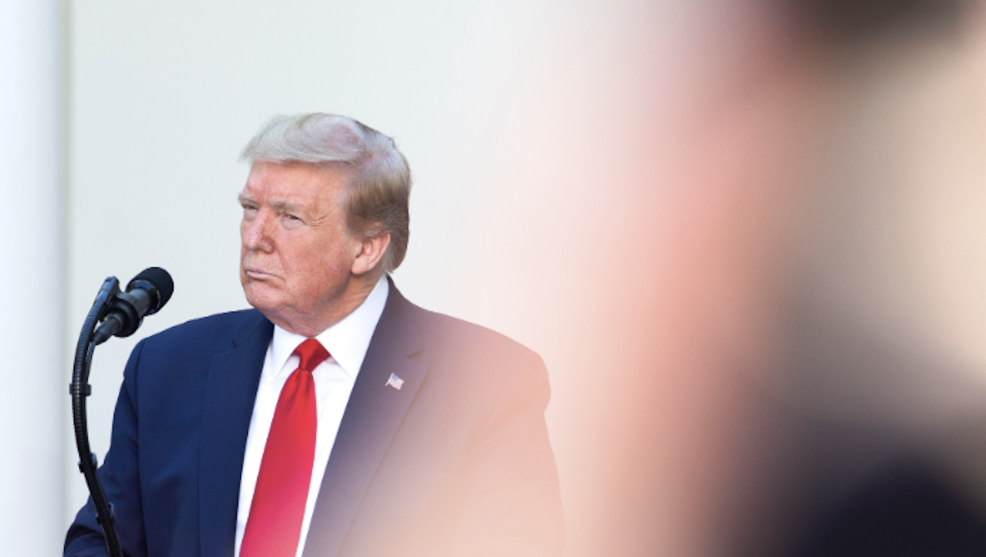 After spending nearly 20 minutes lashing out at familiar targets related to the Russia investigation, President Donald Trump used his appearance on Fox & Friends Friday morning to play down the significance of the newest jobs report, which revealed the US economy lost a staggering 20.5 million jobs in April, the highest level of unemployment since the Great Depression.

“It’s fully expected, there’s no surprise,” Trump said just as the Bureau of Labor Statistics released the grim numbers. “Everybody knows that.” He did not offer any messages of support or concern for the millions of Americans now unemployed.

“Somebody said, ‘Oh, look at this, even the Democrats aren’t blaming me for that,’” he continued. In fact, Democrats, as well as anti-Trump conservatives, have laid the blame for the tanked economy directly on his doorstep, arguing that a more aggressive and systematic approach to containing the spread of the novel coronavirus would have lessened the current economic catastrophe. It was just the latest example of the increasing disconnect between the stark reality of Trump’s botched coronavirus response and the magical thinking required to buoy the president’s campaign to present a rosy view of his administration’s performance amid the ongoing crisis.

Moreover, Trump’s insistence that Friday’s jobs report had been fully anticipated fails to square with his previous predictions that the crisis would “disappear” like a “miracle.” Nor do they track with top economic adviser Larry Kudlow’s forecast back in February that the US would avoid an “economy tragedy.”

“Those jobs will all be back and they’ll be back very soon,” Trump insisted, again ignoring warnings from economists that a recovery is nowhere close. “People are ready to go, we’ve got to get it open.

Can A Former President Be…

Leon Black To Step Down…