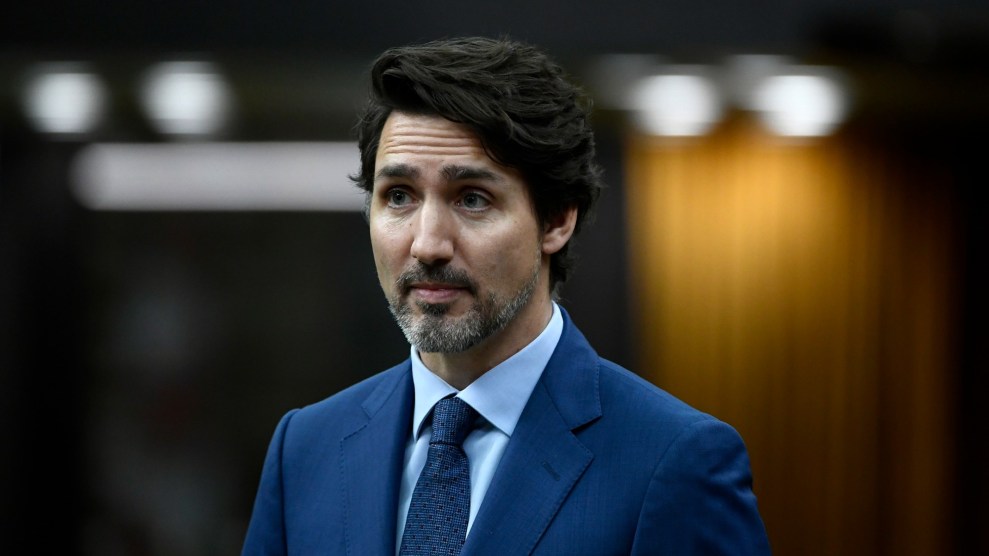 Following the murder of 22 people in Nova Scotia in April—the worst mass shooting in Canadian history—Prime Minister Justin Trudeau announced on Friday that the country is banning assault-style weapons.

The ban goes into effect immediately, Trudeau said, meaning licensed firearm owners are no longer allowed to sell, transport, import, or use assault-style weapons in Canada. The Associated Press reports that the list of banned weapons includes more than 1,500 types and variants of assault weapons, including ones that have been repeatedly used in mass shootings in the US, such as AR-15s.

In his announcement of the ban, Trudeau referenced the recent murders in Nova Scotia, in which a man in Halifax went on a killing spree on April 18 and 19, shooting multiple people and setting fires across the province before police shot and killed him. Twenty two people were killed and three others were injured as a result of the rampage. “Canadians need more than thoughts and prayers,” Trudeau said about the order, echoing a familiar criticism of politicians who offer condolences after a mass shooting but don’t act on strengthening gun control laws.

Though mass shootings are rare in Canada, Trudeau pointed out that they were, alarmingly, becoming more frequent. Canada’s assault weapons ban comes on the heels of New Zealand passing a similar law last year, after the terrorist attack on two mosques in Christchurch in March of 2019, in which 51 people were killed. New Zealand’s Prime Minister Jacinda Ardern implemented a temporary assault weapons ban in the days after the attack, and the Parliament voted to make it permanent weeks later. In the months before New Zealand’s ban took effect, the government implemented a buyback program, so that gun owners could sell their weapons before the ban took effect in December of 2019.

Though Canada’s order is immediate, it comes with a two-year amnesty period for Canadian citizens who already own assault-style firearms to turn in their weapons. Trudeau explained that there would be legislation passed to provide “fair compensation” for citizens who own now-illegal firearms.

“These weapons were designed for one purpose and one purpose only — only to kill the largest amount of people in the shortest amount of time,” Trudeau said. “You don’t need an AR-15 to bring down a deer.”